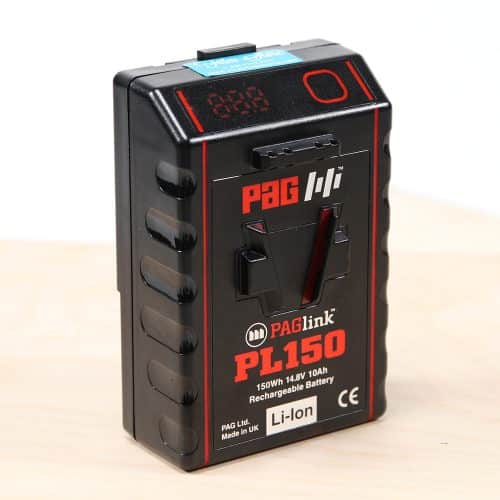 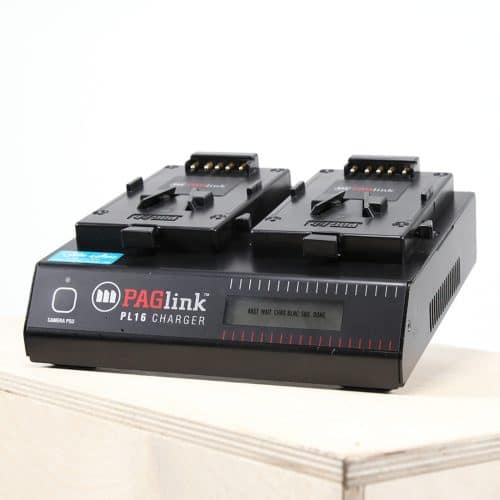 The PL96T is a high-power, intelligent linking battery, and part of the PAGlink system.

PAGlink batteries can be used individually or linked to power a variety of cameras including: standard or high-definition broadcast cameras, 4K digital cinema and 3D camera set-ups, DSLRs and handheld camcorders.

PAGlink is the only system that allows you to combine the capacities of more than two batteries, in any state of charge, to achieve longer run-times or a higher current-draw capability. Up to eight batteries can be linked for charge or discharge – an industry first.

An individual PAGlink battery has a capacity of 96 watt-hours, making it unrestricted, in quantity, for air transportation. Linking two batteries doubles the capacity to 192Wh; three batteries provide 288Wh. No other system offers as much power.

Hard-wearing, heavy duty contacts are incorporated for high-current applications. The rated maximum continuous output is 12A when linked (8A individually). Other manufacturer’s so-called high-current technology offers only 10A.

Linked batteries form a high-speed network that enables them to communicate with each other, managing the output safely, and preventing the transfer of charge between batteries. Unlike other systems the linked batteries can be in any state of charge. PAGlink also allows batteries to be hot-swapped for constant, uninterrupted power.

As well as being smarter, PAGlink batteries are smaller and lighter, with a higher energy density than any V-Mount system marketed to date.

PAGlink batteries feature long-life, premier-quality Li-Ion cells, which have no memory effect, and are completely recyclable. In keeping with PAG’s total battery design philosophy they are designed and constructed to provide the longest possible working life.The battery case is manufactured from high-impact, injection-moulded polycarbonate which is inherently very strong and also used for motorcycle crash helmets. The internal case design also protects the cell-pack against damaging impact.

PL 16 Charger and 5 PL96T Batteries supplied in a kit.