“Over the last year (which has been challenging to say the least!) we’ve worked with Film Store on several projects. They’ve supported us brilliantly with so many last minute requests and helped us find filming solutions in the early days of lockdown before the industry guidance existed. I’ve been really impressed with their flexible and personal approach where nothing is ever too much trouble. I couldn’t recommend them more highly and hope to continue working with them in the future”.

“Providing kit for Unreported World really sorts the wheat from the chaff – if the kit and support isn’t up to scratch it becomes clear very quickly. Filmstore were a safe, reliable pair of hands, and flexible when we needed them to be. I can’t recommend them highly enough”.

“We are near to the end of shooting a hugely ambitious and technically complex show for Sky One, set in remote and challenging locations all over the world.  With temperatures of minus 37 and all the way to plus 37, the Film Store team have worked ceaselessly and with great good humour to ensure that the technical side is always sorted and in good order. They have consistently gone the extra mile to provide a functioning gallery in ever more extraordinary circumstances”.

“We’re currently filming a hugely ambitious programme that includes many elements including multiple contributors, global travel, cars and speed all wrapped up with epic and cinematic values. It’s no exaggeration to say that working with Film Store and in particular Henry has made working on this project so much easier that it could have been. Not only from the basics of the organisation of the kit but to the technical knowledge that means we can monitor our shoot in the most extreme locations, anything we throw at Henry he seems to be able to deal with not only with total professionalism and real skill but with charm and grace. All of which makes him very much an essential part of our team”.

“I am lucky enough to have had the support and experience of Henry and The Film Store on two of my recent multi-camera projects – The Repair Shop and The Bachelor UK. Both were large and challenging shoots with differing approaches. I can truthfully say my experience with the Film Store has been flawless. Perfect kit, expert support and advice 24 hours, friendly voices on the phone- it has always felt like nothing is too much trouble and no job too big or small.

I supervise a team of shooting PD’s on Repair Shop and The Film Store provided all of the camera packages for the team, configured appropriately for shooting PD’s to feel confident they could grab and go.

The Bachelor was a largely crewed shoot in several locations around the world, and The Film Store provided in-depth advice on creating kit packages for the multi-camera crew of seven operators, as well as guidance on building a wireless, portable, gallery environment- and then implemented that build absolutely perfectly with their expert team of staff and equipment. Their exhaustive knowledge and dedication to the project during pre-production and production meant we had no issues at all with such a challenging set-up. Top job!”

Neil Kent, Director of Photography, The Repair Shop, The Bachelor

“We approached Film Store about working with us to facilitate two special commissions of Car SOS filmed As Live from a museum. We wanted a company with a proven track record of tackling complex technical briefs. Taking a pre-recorded format and adapting it to work in a live location context threw up a number of challenges, which Henry and the team met professionally and on budget. They created a bespoke multicamera system and fly away gallery which allowed us to achieve a live workflow whilst retaining many of the original aspects that make Car SOS the popular show that it is. The team provided hands-on project management throughout the production and provided excellent crew and ground staff. I highly recommend working with Film Store”. 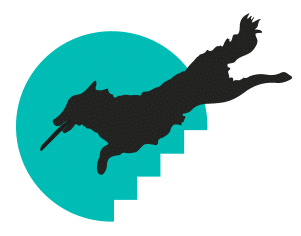 “Working with Film Store has been a brilliant experience. From planning to execution Film Store have been exceptional. They totally get the time and budget pressure faced by production and are able to problem solve. I greatly recommend Film Store as their ‘can do’ attitude and attention to detail is refreshing.”

“I have just worked with Film Store for the first time on a BBC2 Specialist Factual series. I was impressed from day one. They understand the requirements of film makers and the necessity to work to budgets. Their technical skills and knowledge were invaluable. Nothing was ever too much trouble, everything was dealt with in a friendly and accommodating way through every changing requirement. Stuart, Henry, Corey, Jess, and Ed all helped make our series a success. Ed Moore was our fantastic Camera Assistant provided by Film Store – he knew the kit inside out and everything was prepped ready to shoot on time. No deadline was missed and their attention to detail impeccable. What a lovely professional bunch! I’m looking forward to working with them again.”

“Working with Film Store on ‘Faster: Race the World’ has been a brilliant experience. From planning to execution Film Store have been exceptional. They totally get the time and budget pressure faced by production and are able to problem solve. I greatly recommend Film Store as their ‘can do’ attitude and attention to detail is refreshing”.

“The Film Store have proven themselves to be capable of providing a first class service that is always both flexible and on budget. We work on very tight turnarounds and change our mind about dates, locations and kit on an almost daily basis. Henry and Jason have routinely delivered an efficient and seamless service despite all this – and always with a smile. They have gone above and beyond in providing assistance and advice, to Production and PD’s, with everything from specialist kit, bespoke packing to offloading rushes, and have happily sorted out problems on the other side of the world on a weekend. Nothing is too much trouble – I can highly recommend them”.

“Having previously worked with Film Store on smaller projects, I was thrilled to be able to bring them on-board at the early stages of a much larger-scale entertainment production. As with all first series, the brief threw up various challenges; ranging from securing a cost-effective and comprehensive HD kit package for the series, to finding a fly-away location gallery solution for our Execs and Series Director, to simply organising over 130 kit cases to fly around the world. Whatever the challenge, however, Film Store came through every time. The Film Store team have pulled out all the stops for Faster, and have provided some of the industry’s best (and most well-maintained kit) for our technicians to operate. It’s fair to say, that the support of Film Store and their dedicated staff has led to the success of the show, and we very much hope to continue our relationship with Film Store long into the future”.

“The Film Store have proven themselves to be capable of providing a first class service that is always both flexible and on budget. We work on very tight turnarounds and change our mind about dates, locations and kit on an almost daily basis. Henry and Jason have routinely delivered an efficient and seamless service despite all this – and always with a smile. They have gone above and beyond in providing assistance and advice, to Production and PD’s, with everything from specialist kit, bespoke packing to offloading rushes, and have happily sorted out problems on the other side of the world on a weekend. Nothing is too much trouble – I can highly recommend them”.

“The relationship between Film Store and Twenty Twenty has been a thing of beauty! Not only did they do us an excellent deal at the start of the series, the care and attention that they have given us throughout the last 6 months has been next to none. Nothing has been too much effort. I hope to continue working with Film Store on all my upcoming projects”.

“Working with Jason and Henry at the Film Store gives me the confidence to arrive on location with the knowledge that the equipment will be exactly to specification. Generally all of the jobs I work on are international and sometimes remote, its reassuring to know that all of their kit is wonderfully maintained, and I know that if any issues occur they are dealt with quickly and professionally. One of the main reasons Film Store are so reliable is that Jason and Henry understand the need to customise to the needs of the production/camera, I can go into their kit room and talk through exactly what is needed, and they accommodate accordingly, down to the smallest detail”

“The Film Store team have been immensely helpful on my last two shoots in Asia and Ireland. Their kit is always reliable, impeccably clean and well-organised – a real pleasure to use. And, most importantly, the Film Store’s can-do attitude is a great reassurance as a Producer/Director. I’ve only recently transitioned into filming and the team have felt like an extra addition to my shoot: they’re always there for advice, reassurance and step-by-step guidance to any queries I have – and I’ve had many! I’ve loved working with them and it’s been great to see the company grow”.

“The Film Store are our go to facilities company for all of our productions. Whether the job is big or small the guys give us the same level of consideration and care, ensuring their high quality, reliable and impeccably maintained kit is with us on time and in order. We had always struggled to find a facilities partner who could scale with us whilst maintaining their level of service, but The Film Store do that and more.”

“Having worked with Film Store at various production companies for over five years, I’m yet to come across a more amenable, altruistic, knowledgeable and hands-on facilities company; when working with Film Store, you feel less like you’re using an independent contractor and more like they’re an extension of your core crew. Film Store operate not just as a trusted kit partner, but also offer an enviably extensive black book of crew recommendations and deep-rooted technical knowledge, making the film production process from start to finish much easier, and more enjoyable! Be it commercial, branded content, digital, documentary, multi-cam or live, my experience of working with Film Store is that they are providers of not just kit, but an end-to-end service too”.